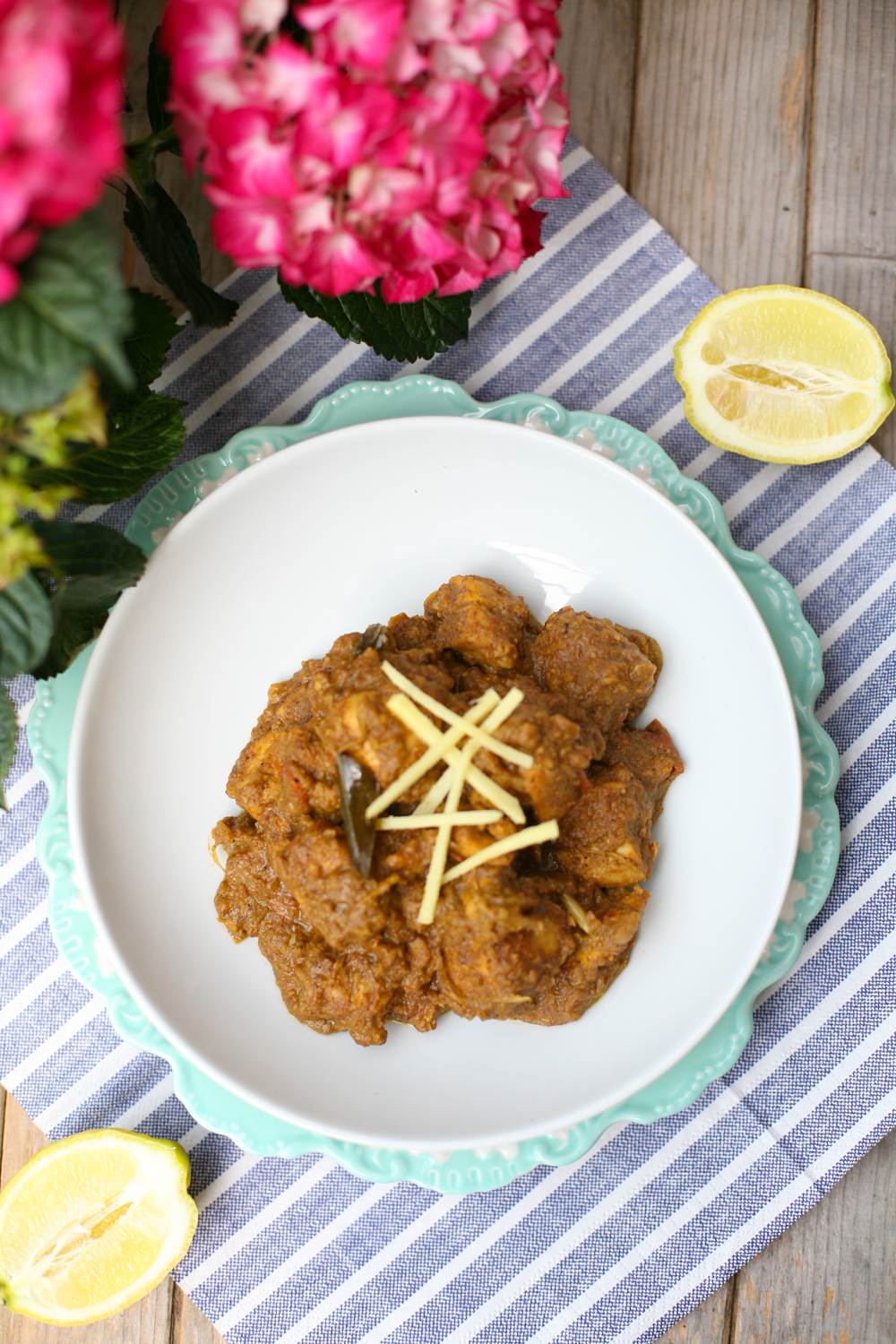 Chettinad is a region in the southern eastern state of Tamil Nadu in India. The cuisine is commonly regarded as one of the most fiery and aromatic.

It is famous for its dry masalas that use a wide array of spices including, rather surprisingly, star anise, as well as more commonly used Indian spices such as cumin, cloves, black peppercorns, cinnamon, cardamom, coriander seeds, fennel seeds and whole red chillies. Similarly to the rest of southern India, coconut and tamarind are also often used in cooking. 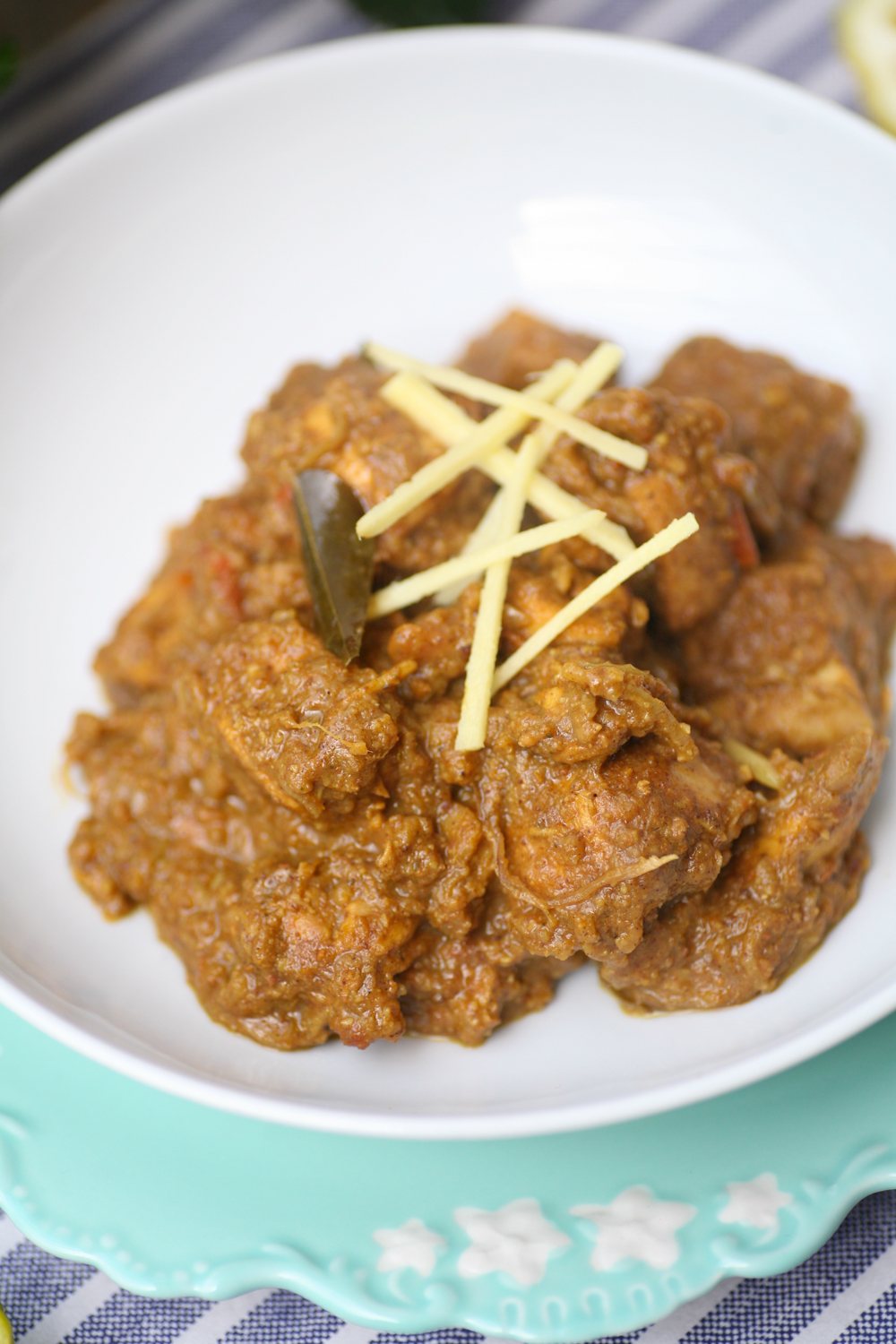 The Chettinad people have always been successful traders, travelling far afield throughout Asia. This can be seen in their cuisine as they use a wide range of spices and techniques, clearly influenced by their travelling merchant ancestors. 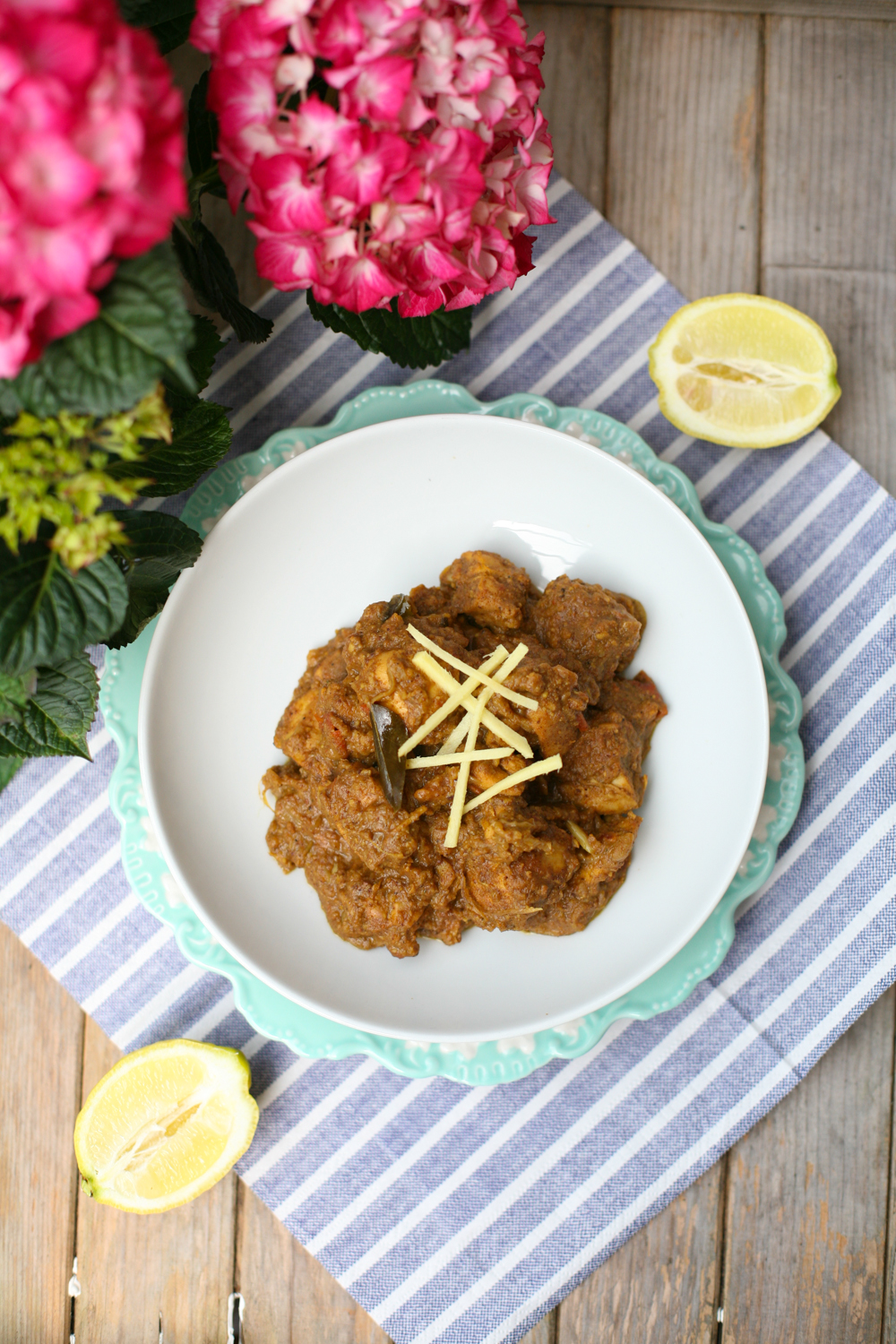 My recipe is perfect if you crave some spice. For those at the korma end of the spectrum probably ought to give this a wide birth, but for those who like a flavoursome kick THIS is the curry for YOU. My kids definitely would not eat it, but Mr B and I are big fans and I hope that some of you out there will be also. If you prepare it in the morning ready to eat in the evening it works a treat. You could also cook it a day in advance if you are feeling super organised.

If any of you cook this please let me know what you think. It really isn’t that hot if you are used to eating spice, so be brave and give it a go. It would be great on a hot summer’s eve with a cold beer – check out my brother’s beer here or a chilled lassi such as this one.

2 tsp garlic paste (or fresh garlic made into a paste)

2 tsp ginger paste (as above)

1. First cut the chicken thighs into bite sized pieces and cover with the turmeric and lemon juice. Mix in thoroughly and then place to one side whilst you make the masala.

2. Heat up a non stick pan and when it is hot add all the spices (but not the desiccated coconut) and move them around the pan for just over a minute so as to lightly toast them and release the flavours.

3. Place them in a spice grinder. I have this one which is excellent and Debenhams is selling it at the moment for £18. Best investment ever. (I am not on commission to say that!)

5. In the same non stick pan add the ground nut oil and when it is hot add the fresh curry leaves, red onions and salt and gently fry for 8-10 minutes. Add the garlic and ginger paste and move around the pan so that it does not spit.

6. Add the tomatoes and continue to cook for a couple more minutes before adding the masala paste.

7. Add the turmeric lemon chicken and cover fully with the masala paste. Add the remaining water and leave to simmer for 45 minutes, or until the liquid has become virtually dry. Stir at intervals.

To serve place a few fresh ginger batons on top of the curry. It goes really well with rice or Indian breads. It is always good to have a bowl of fresh yoghurt on the side as this dish is renowned for being fiery.