Before we know it Christmas is upon us, so I thought I would get this recipe out early for you so that you can menu plan in advance. Whilst it is a Thai dish, it’s origin is actually from Burma and is very similar to the Malaysian laksa. I have cooked it for many years and whilst I tend to use boneless chicken thighs, I was thinking it would also work equally well with leftover turkey too. So if you are feeling the urge for some zing and heat on Boxing Day this recipe may just tick many boxes. You can make your own red curry paste (see at the bottom of this post for the recipe), should you want to make it completely from scratch or you can use a bought paste, which will speed up the process and make it pretty hassle free. I find this brand works well. The garnishes are important as they add texture, colour, flavour and taste so don’t hold back when plating up. 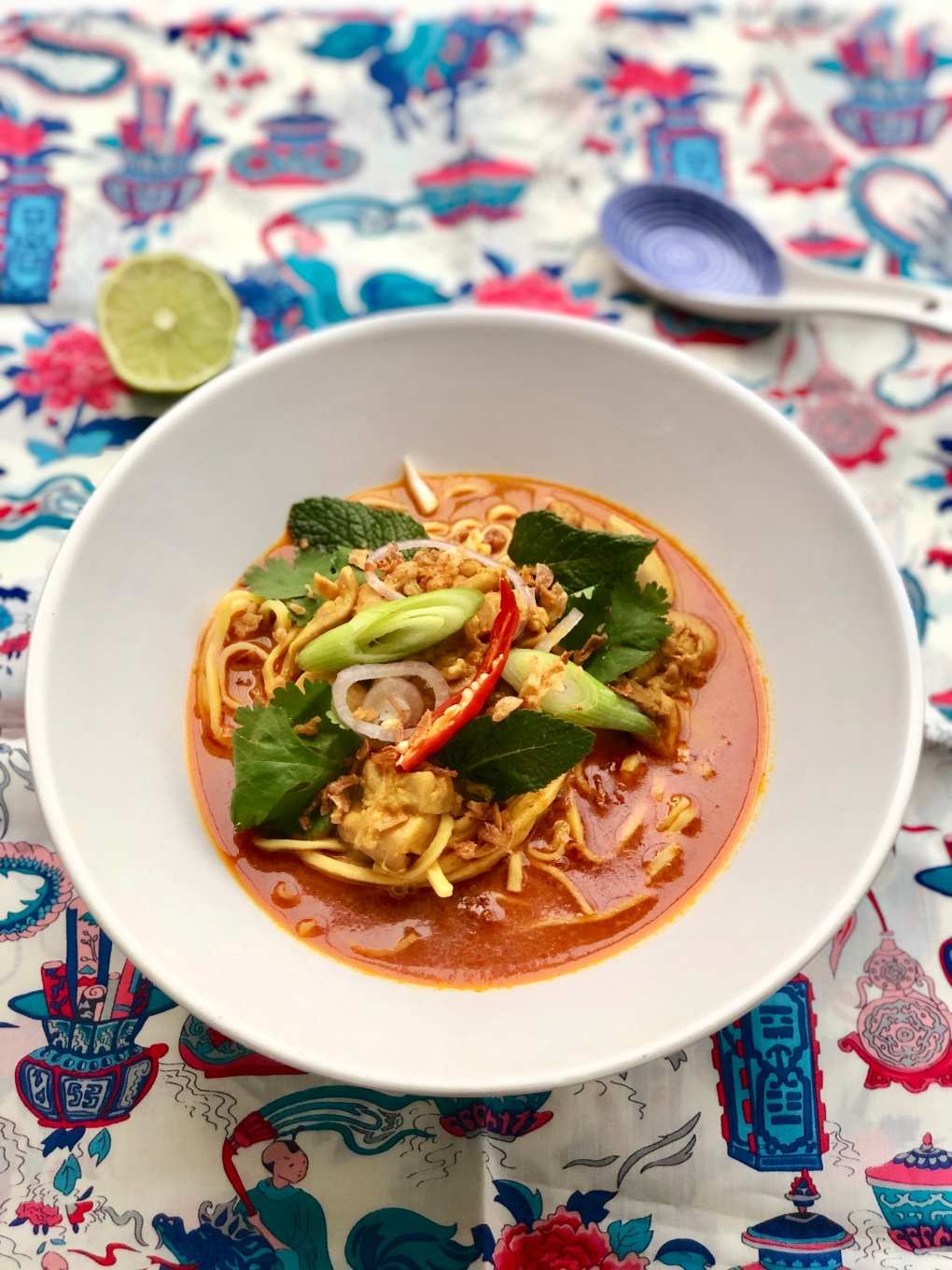 crispy fried onions – I buy these from this website

To make your own red curry paste

Soho, as a location, has always had a certain mystique and vibe completely unique to any other area in London. It’s bang central and could be described as the beating heart of touristy Piccadilly, Leicester Square, Regent Street and Oxford Street. The seediness that it had in the 70’s, 80’s and early 90’s has largely dissipated and now it is a magnet for those seeking to nourish their bellies and soul with memorable food, washed down with an ale or cocktail. 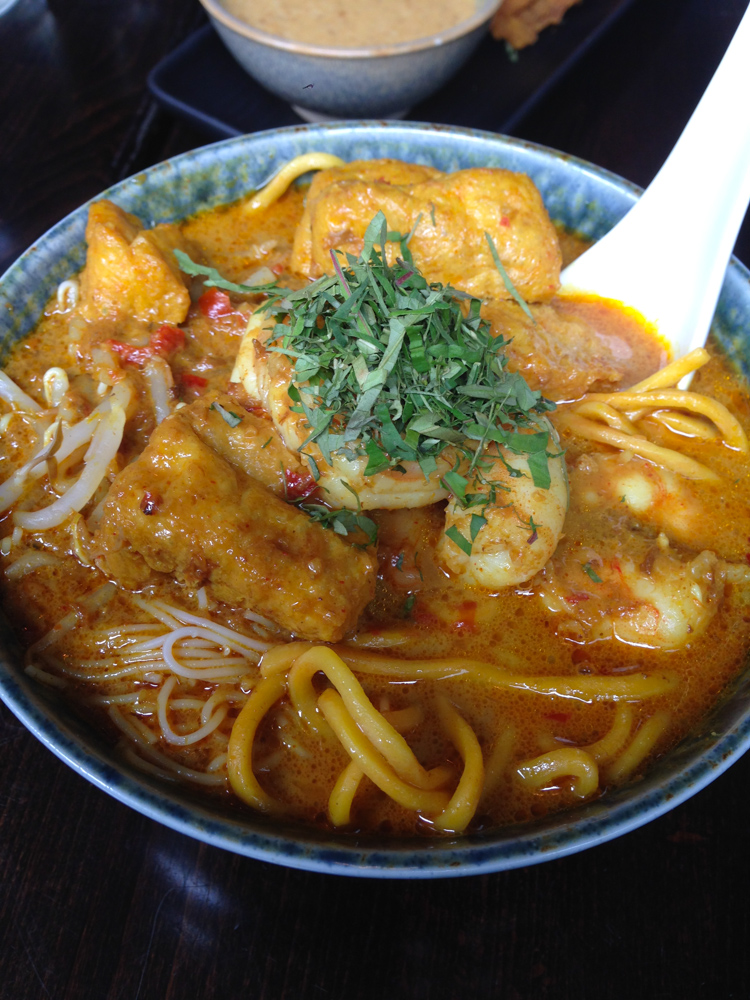 Located on the corner of Beak Street and Great Pulteney Street – an intersection you’ll find at the end of London’s iconic Carnaby Street, you will find a pub by the name of ‘The Sun & 13 Cantons’. After a fire in late 1880’s, 13 Cantons was added to its name after its Swiss patrons who lived and worked as watch makers in the vicinity. Cantons, the Swiss word for counties, at the time had 12, but due to the Swiss community frequenting the pub it was charmingly given the name ’13 cantons’ as a tribute to it’s loyal customers.

The pub hosts culinary residencies, or extended pop-ups if you will, for 6 months plus, serving Indian/Asian inspired food at very affordable prices. Up until October they have ‘Sambal Shiok’ with chef Mandy Yin at the helm, tempting diners with addictively spicy Laksa Noodle Soups, Hainan Dumplings, Beef Rendang, Nasi Lemak or Malaysian Fried Chicken as well as a number of smaller starter dishes and sides. Yin grew up in Kuala Lumpur and after a two year stint feeding the masses at some of London’s markets, she made the transition to her own private residency at The Sun & 13 Cantons.

I had been salivating over her Laksa noodle soups for quite some time, thanks to instagram, and with the interchangeable weather we have been having in the UK, I felt a strong need for something spicy and warming to give me that inner glow of happiness.

The pub itself was given a new lease of life in 2015 and today has Parisian inspired interiors with dark green leather banquette seating and different shades of green metro tiles and mirrors on the wall; all rather chic indeed. After deliberating on which laksa to choose I decided upon the spicy prawn and tofu. I am often suspicious when restaurants say something is spicy as they are invariably ‘Western spicy’ as opposed to properly spicy, but this laksa is dance about, super spicy. I loved it. My lunching companion, who I discovered whilst ordering is not so in favour of spice, opted for the Hainan dumplings and fried chicken with a tasty peanut satay on the side. Chicken portions were generous and more conservatively spiced, which appealed to my companion. It’s not often I get to eat fried chicken, although I do recall rather loving KFC as a child, but this fried chicken was lip-smackingly good.

Would I return, hell yes, I’ll be found slurping the laksa from time to time until the next residency starts in October.