A recipe in the Guardian caught my eye recently and I made a note to myself to try making it in the New Year. Nigel Slater – who quite frankly is a culinary genius, came up with a dish ‘beef okra soup recipe for Stormzy’.  Now beef is a meat I rarely eat if I’m honest. Large slabs of any meat – particularly steak – don’t really float my boat, but if the meat is slow cooked and falling off the bone, with spices, then that is exciting. The recipe ingredients sung to me: ginger, garlic, plum tomatoes, cumin seeds, black peppercorns, cloves, cinnamon stick, okra, Scotch bonnet chillies. It sounded the perfect meal to make you feel alive and well in the cold bleak month of January. Don’t you agree?

It’s very straightforward but does take time, so if you have things to do in the house one morning then it is the perfect dish to cook. Nigel states that “the dish is even better if refrigerated overnight and reheated the following day”, so would be perfect for feeding a crowd as you can do all the preparations and cooking a day in advance. I’m too excited to dig in so shall be having it for my supper, I can hardly wait.

I’ve made a few changes to the recipe but you can find the original recipe here.

1.6kg beef short ribs (get your butcher to cut the ribs into short lengths) 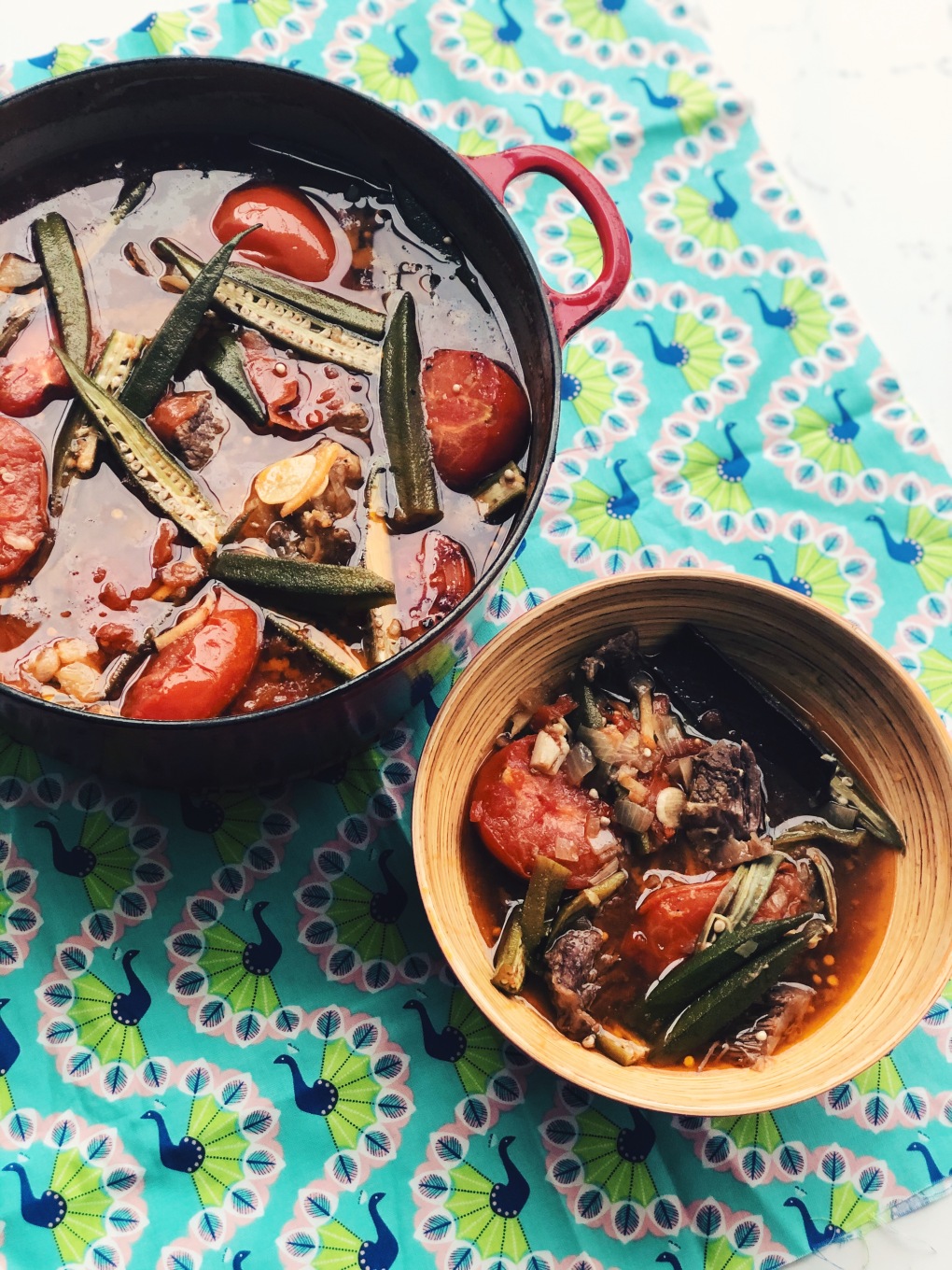 I am not a big baker. I leave that to the precision experts like my father. My kind of cooking tends to gravitate to more savoury, spiced and packed with flavour. That said I do like an uncomplicated sweet recipe or in this case a double ginger cake. I don’t have a kitchen aid or anything fancy, instead when I bake a cake I like to do everything in a bowl, ideally by hand or a hand whisk if necessary. I was browsing through Nigel Slater’s ‘The Kitchen Diaries’ the other day – great book if you haven’t got a copy, otherwise one for the christmas list – and his double ginger cake stood out for three reasons. One it was ginger – I love ginger, two – it looked quick and easy to make and three – it did not require any specialist equipment.

My father’s belated birthday family lunch was the ideal excuse to try out Nigel’s recipe. After a long lingering lunch, cooked by my mother – parsnip soup for starters (above), followed by roast pork with fennel, finished off with blackberry and apple crumble, we donned winter coats and wellies and headed for the woods for a walk at dusk. 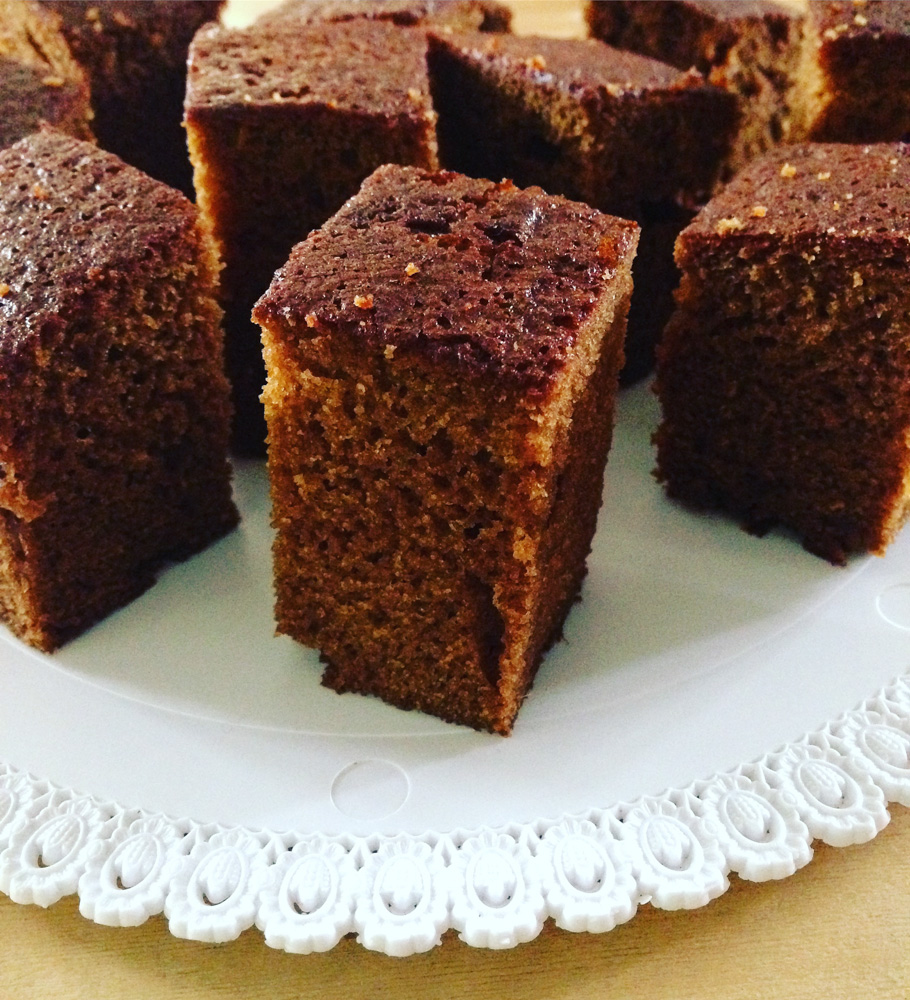 Upon returning the feasting continued with my ginger cake (and a coffee cake that the birthday boy had made himself – just in case no one else had made him a cake) and tea. It got the thumbs up all round. The sponge was moist and deliciously gingery and as there was no sight of icing, it was not too saccharine sweet.

I used a 25cmx25cm tin (Nigel used one slightly smaller). I also think it would work well in a loaf tin.

Leave in the tin to cool completely, unless you are wanting to eat immediately that is. You can wrap it in foil and eat over the next few days – Nigel mentions allowing it to mature for a day or two will enhance the flavour further. Thankfully there are leftovers so I will be having a square every day for the next few days.