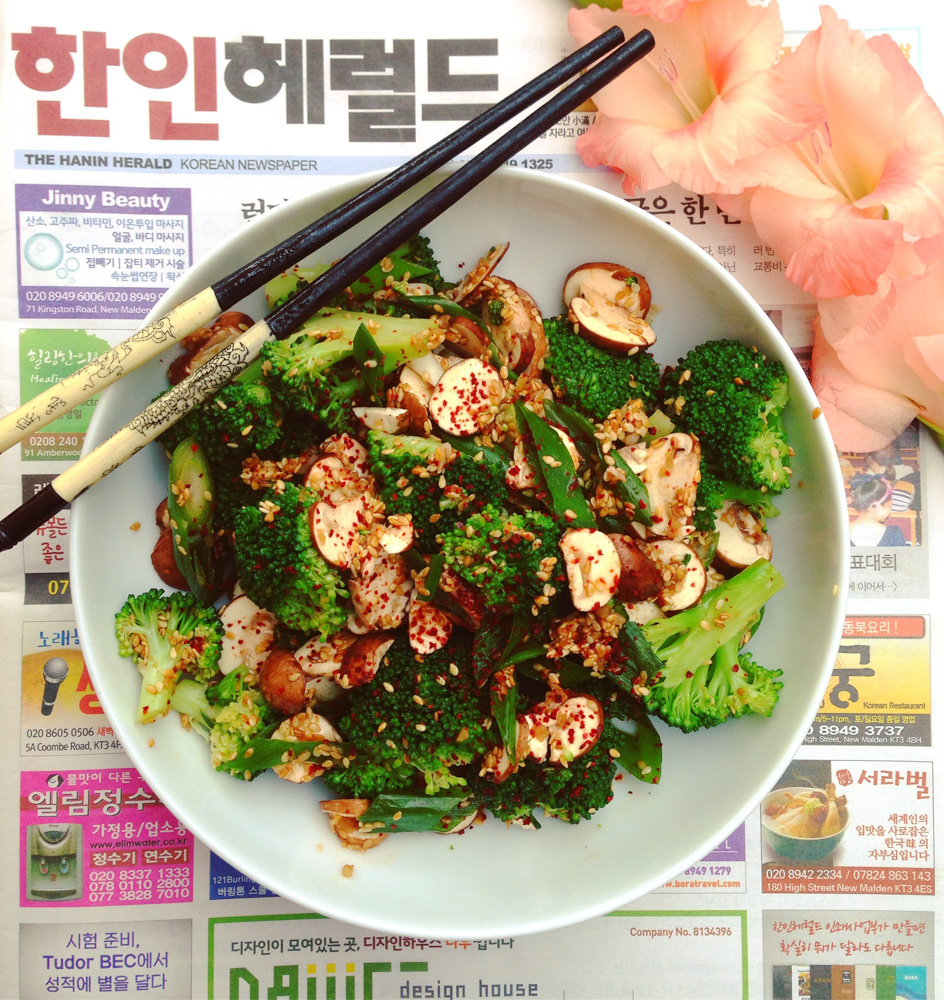 Korean food has come a long way – from a mainstream perspective –  in the UK over the last couple of years. I wrote an article for Country & Town House Magazine about it being the ‘next big thing’ a couple of years ago – you can read the article here. Whilst a number of exciting Korean restaurants have sprung up in the centre of London giving us the chance to sample a wide range of mouth watering dishes, I sense we are still a little reluctant to cook it in the home. This reluctance mainly comes from not being familiar with the ingredients and knowing what to cook exactly. Recently however there have been a couple of Korean recipe books published that will no doubt give many the confidence to give Korean cooking a try in the home.

Judy Joo’s ‘Korean Food Made Simple’ is what we’ve all being waiting for. In many respects we want our hands held whilst we get familiar with Korean cooking and once we build in confidence we want to attempt dishes that challenge our new skills. Joo’s book gives a wonderful taster of Korean food and guides us on what we need to buy before we embark on this new culinary venture. Her store cupboard chapter is very useful as she spells out all the ingredients that are used in the recipes within the book. If I had to narrow ingredients down for first time Korean cooking I would suggest you buy: Doenjang (Korean soya bean paste), Gochujang (Korean chilli paste) and Gochugaru (Korean chilli flakes). With these few ingredients you can begin to make some of the dishes.

Joo’s chapters go through the usual chicken, beef & lamb, seafood etc but also have a section on salads and veggies, pancakes, dumplings and other small bites, kimchi and pickles, sauces and breads. There is a lot to read and digest and the beautiful photographs both of the recipes and of Joo and Korea itself really engage the reader and encourage you to try making some of the recipes.

Joo’s rise in the culinary world has been impressive. After a successful stint on Wall Street in New York as a fixed income derivatives sales, Joo felt something was missing in her life. Whilst she liked her job she knew that she had to go down a different path to feel completely fulfilled. Hence she quit and enrolled in cooking school at the French Culinary Institute in New York, which gave her a culinary foundation that she could then build upon. Fast forward to today and she hosts her own cooking show – Korean Food Made Simple – and is regularly on TV. In addition she has opened her own restaurant in London and Hong Kong – Jinjuu –  where she is Chef Patron. 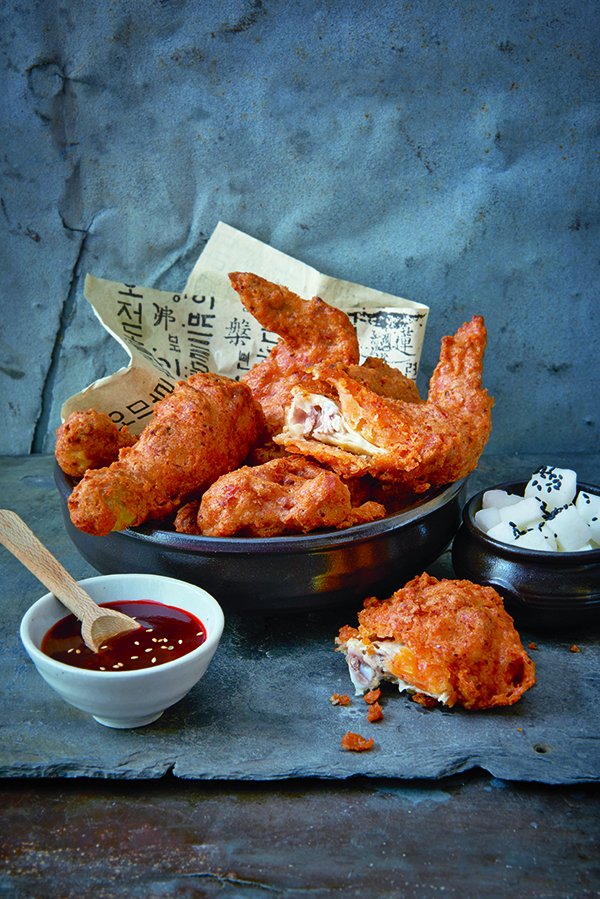 ‘Korean Food Made Simple’ is Joo’s first cookbook. The book itself is immediately striking because of it’s lustrous copper, yellow and lilac cover and the glossy photographs within, by Jean Cazals, capture the essence of Korea and Joo’s recipes exceedingly well. It’s the type of book that you want take time to pour over, with stunning photographs of Korean street life and food, architecture and it’s people. The narrative  also sets the scene and gives the reader the encouragement to start cooking Korean food themselves. I think Joo has managed to balance many easy and delicious Korean recipes to prepare at home along with more ‘cheffy’ recipes for those who want their skills to be pushed. The recipes themselves range between classics, classics with a twist and fusion largely owing to Joo’s Korean upbringing in America. She describes herself as a ‘French-trained Korean American Londoner; and the different influences in my life show up in my cooking’.

Many of her recipes appeal – mixed rice bowl with beef, known as bibimbap, is a great one to start with if you want to dive straight into a Korean main course, making your own kimchi is a must – it really is not as hard as you think. Once you have mastered that you can then make all many of delicious treats – kimchi fried rice or pork belly and kimchi stir-fry with tofu as examples.  I adore seabass and Joo has an enticing ‘steamed ginger sea bass’ that I will be trying in the months ahead. On the fusion front I particularly love the sound of the pork tacos and krazy Korean burgers (shown below).

I made her ‘Broccoli, Mushroom and Sesame Salad’ (see the 1st photo on this blog post), which is light, fresh and super quick to rustle up. The Korean ingredients transform the broccoli and mushrooms giving the dish a real Korean taste. Broccoli is so good for you – check out this interesting article on its health benefits. I did not have Korean apple vinegar, but instead opted for the rice vinegar, which Joo says is a good alternative. Korean ingredients are beginning to be sold more mainstream, although I tend to make the trip to Korean Foods in New Malden. For those living out of London you can easily purchase the Korean staples from a number of online supermarkets who’ll send them to you – Oriental Mart – for example. I would love to hear how you get on with some of her recipes so leave a comment in the comments section of this blog post.

One thought on “Broccoli, Mushroom and Sesame Salad from Korean Food Made Simple by Judy Joo”