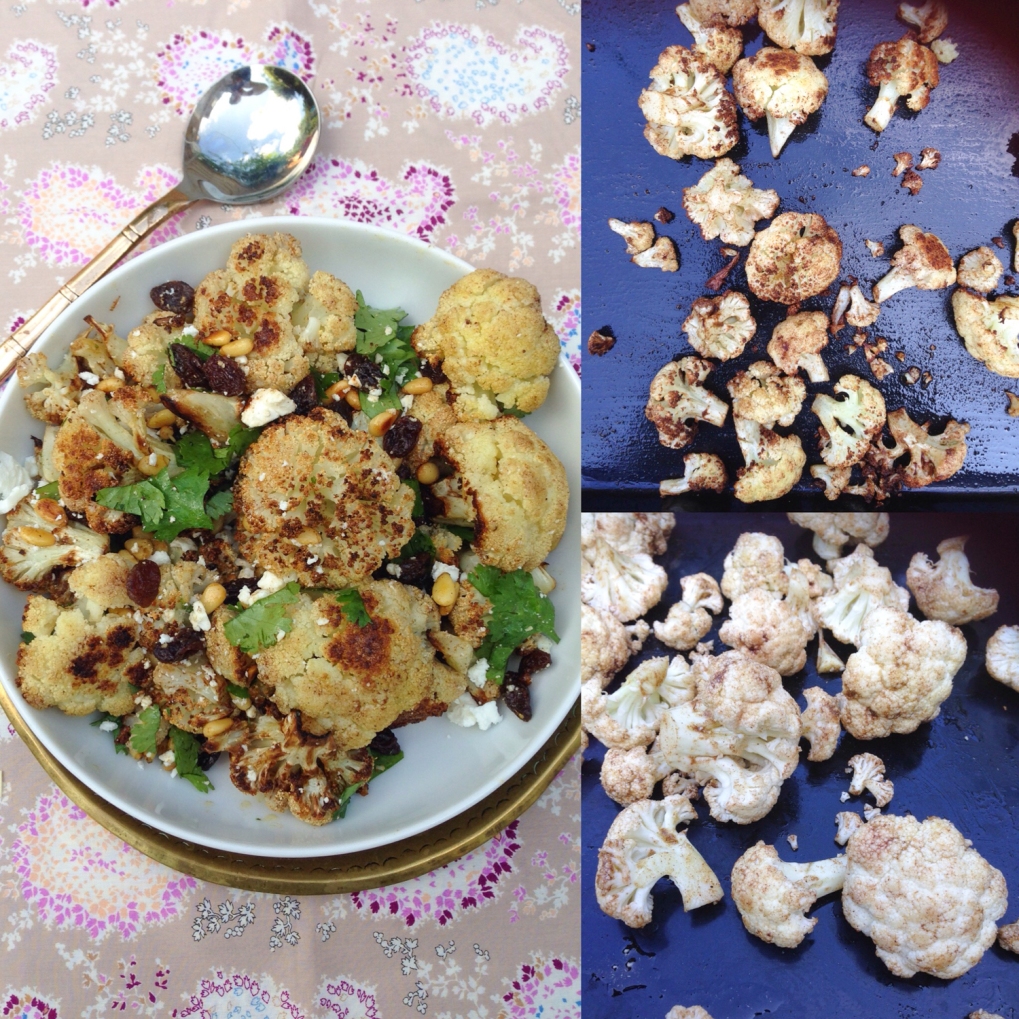 I often think that cauliflower gets a little overlooked as a vegetable, unlike its more ‘superfood’ cousin, the broccoli. Boiling it can be bland, like most things, but roast it and add a little spice and textures then you have a truly delicious treat. I wrote a piece a few years ago on the merits of the humble cauliflower here so do check it out. 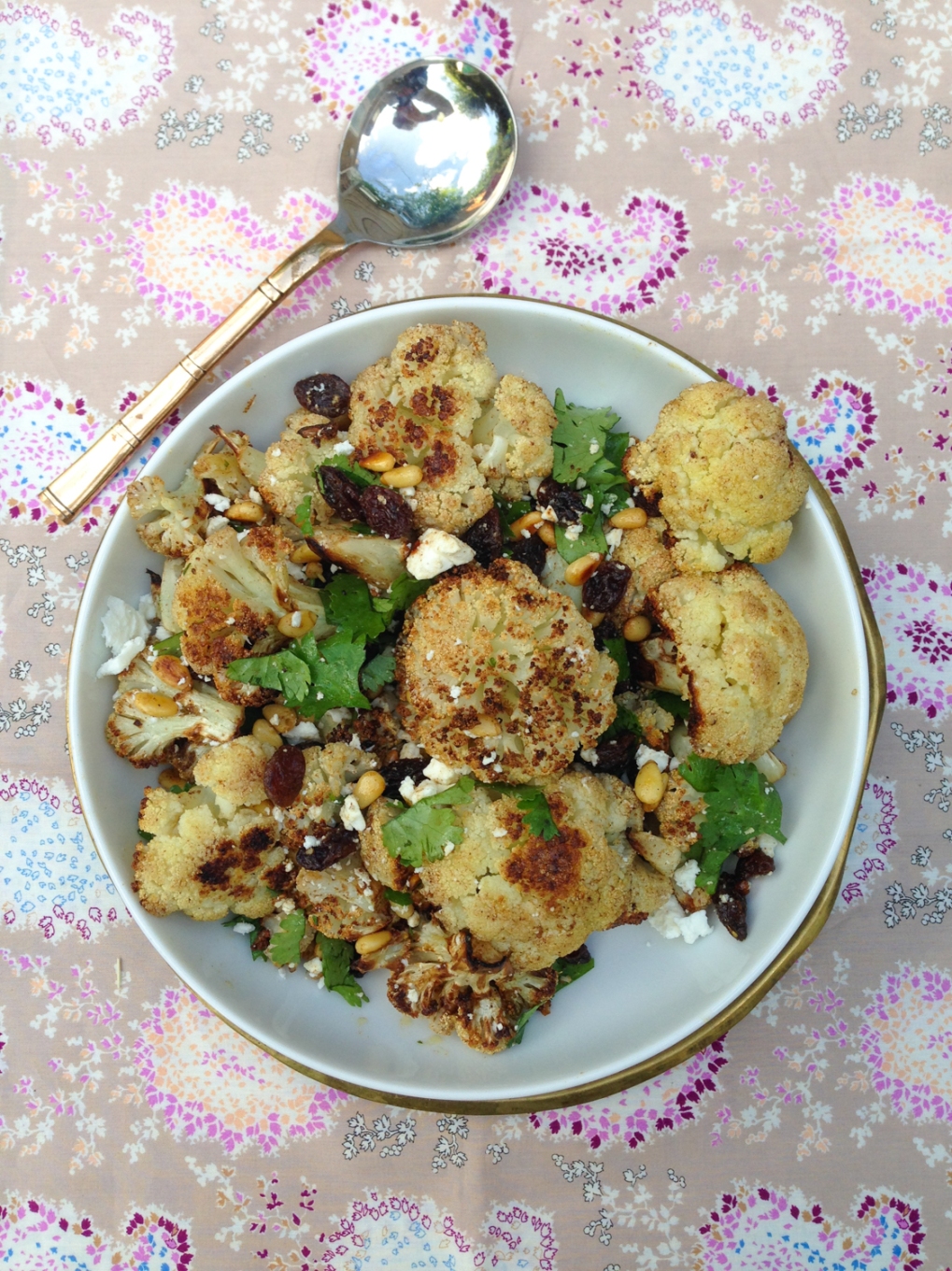 This recipe is quick, extremely tasty (ok I know I am biased), full of goodness and great as a lunch to take to work in a tupperware or as an evening meal. It can be eaten hot or cold so is hugely versatile. A slight chill is now in the air in London, although I am still hopeful for an Indian summer, so the warming cumin and cinnamon gives the dish autumnal comforting notes. The sweetness come from the cinnamon and the saltiness from the feta so no extra salt is necessary.

serves 2 or 4 if serving with another dish

I have also made this with prunes instead of raisins/sultanas, which works really well. Dates would also be another option. 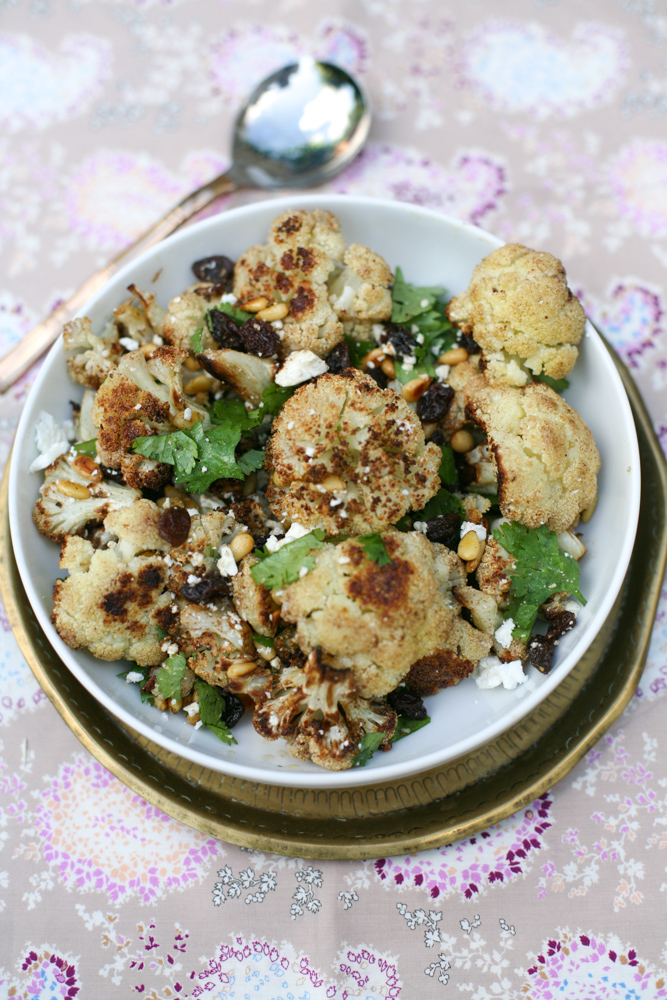