Luiz Hara has been on my culinary radar for a couple of years now. Word has it that he runs THE most exquisite supper clubs from his town house in Islington focusing primarily on Japanese, Nikkei and French cuisine. I’ve been procrastinating for far too long so I will definitely get my skates on in 2016 and give Luiz’s supper clubs a go. He is also the man behind the successful food blog, ‘The London Foodie’, which focuses on food, wine and travel. Most recently however he has published his very first cookbook called ‘Nikkei Cuisine – Japanese Food the South American Way’. It sounds intriguing right? 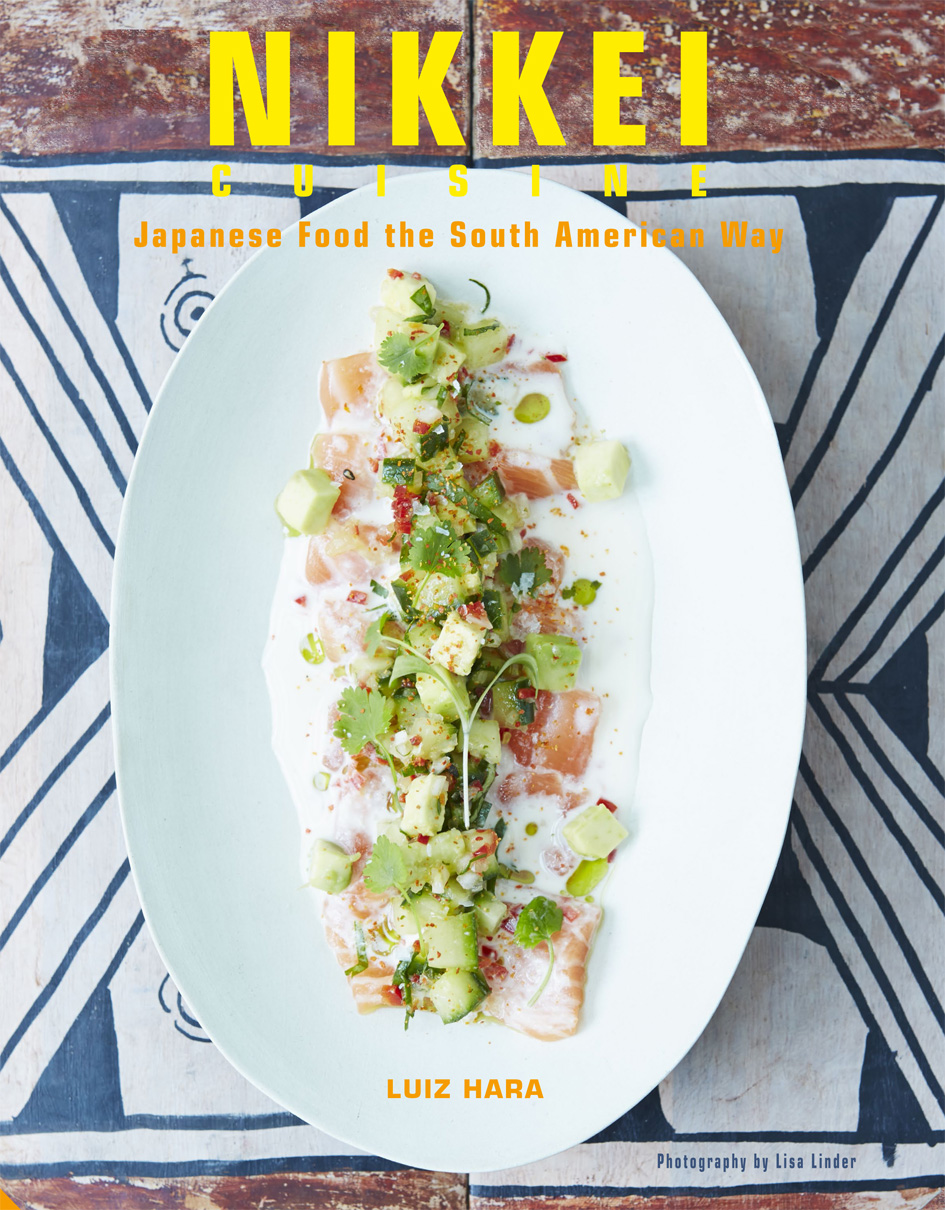 Nikkei cuisine is the cooking of the Japanese diaspora. Japanese immigrants often found themselves in countries that had very different cooking techniques and ingredients to what they were used to. They had to adapt to their new surroundings but at the same time wanted to continue using Japanese techniques and traditions. The resulting cuisine is called Nikkei. To say ‘fusion’ would be wrong and Luiz goes to great lengths in his introduction to explain Nikkei cuisine and how it is a very distinct cuisine in its own right. He explains “Nikkei cuisine is a byproduct of migration and adaption, created over 100 years ago in South America. It was a cuisine created out of necessity”. 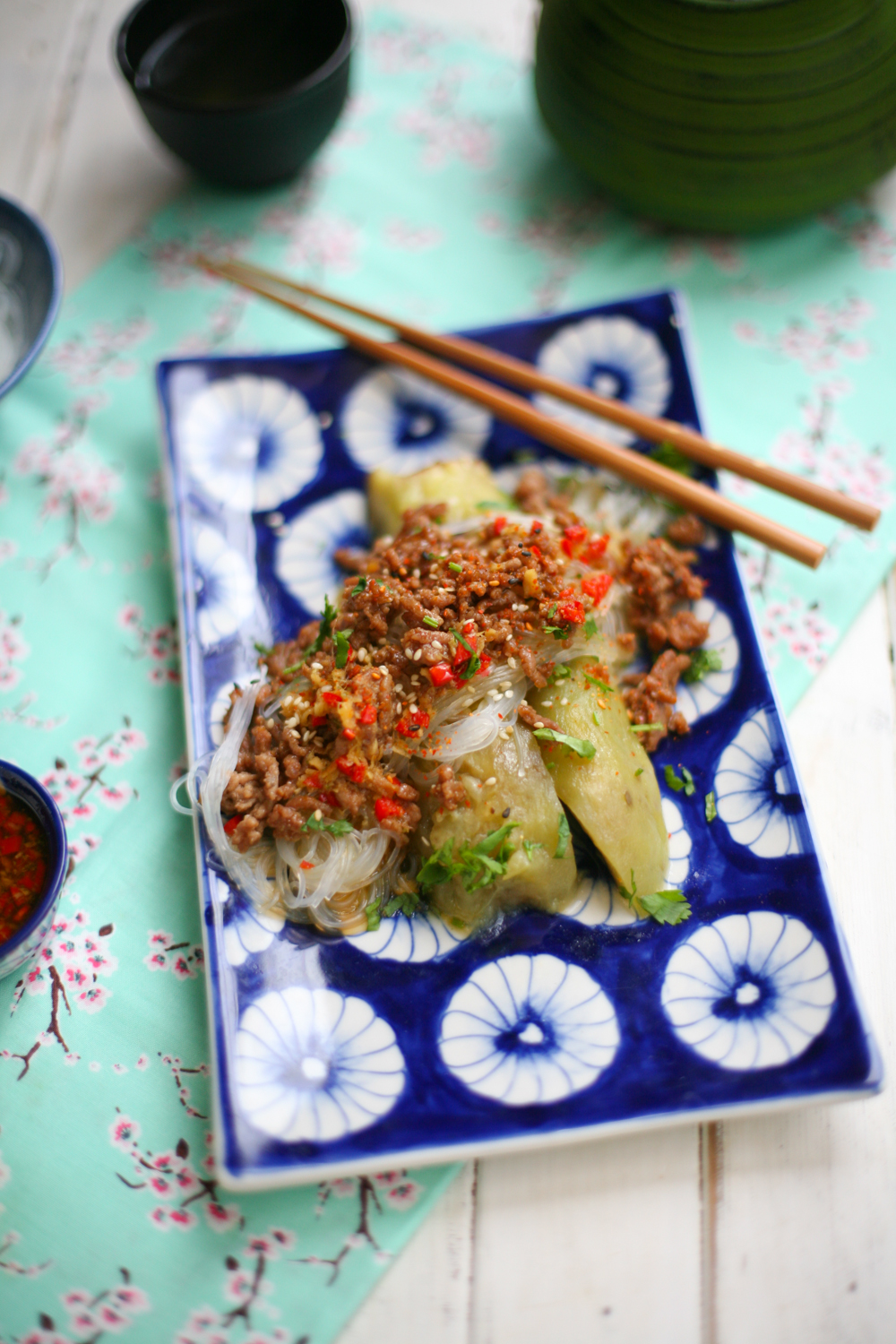 Outside Japan the highest contentration of Japanese live in South America, namely Brazil and Peru. It was in Brazil that Luiz’s family finally settled and became part of the Nikkei community. The cuisine has been part of his family history and is certainly no food fad. Luiz himself moved to London for university after which he worked in Finance in the city.  Much like myself he created his blog ‘The London Foodie’ as a creative outpost for this food thoughts and exploration. It was love of food and cuisine that they led him to quit his day job and embark on a new chapter in food. He trained at Le Cordon Bleu, where he graduated with the Grande Diplome in 2012. It was following his training and some time spent in Japan learning from the masters, that he then opened up his own home to friends and strangers by hosting his supper club. As well as continuing to this day with his supper club, he teaches cooking and writes in many national and overseas publications on the topic of food and travel. 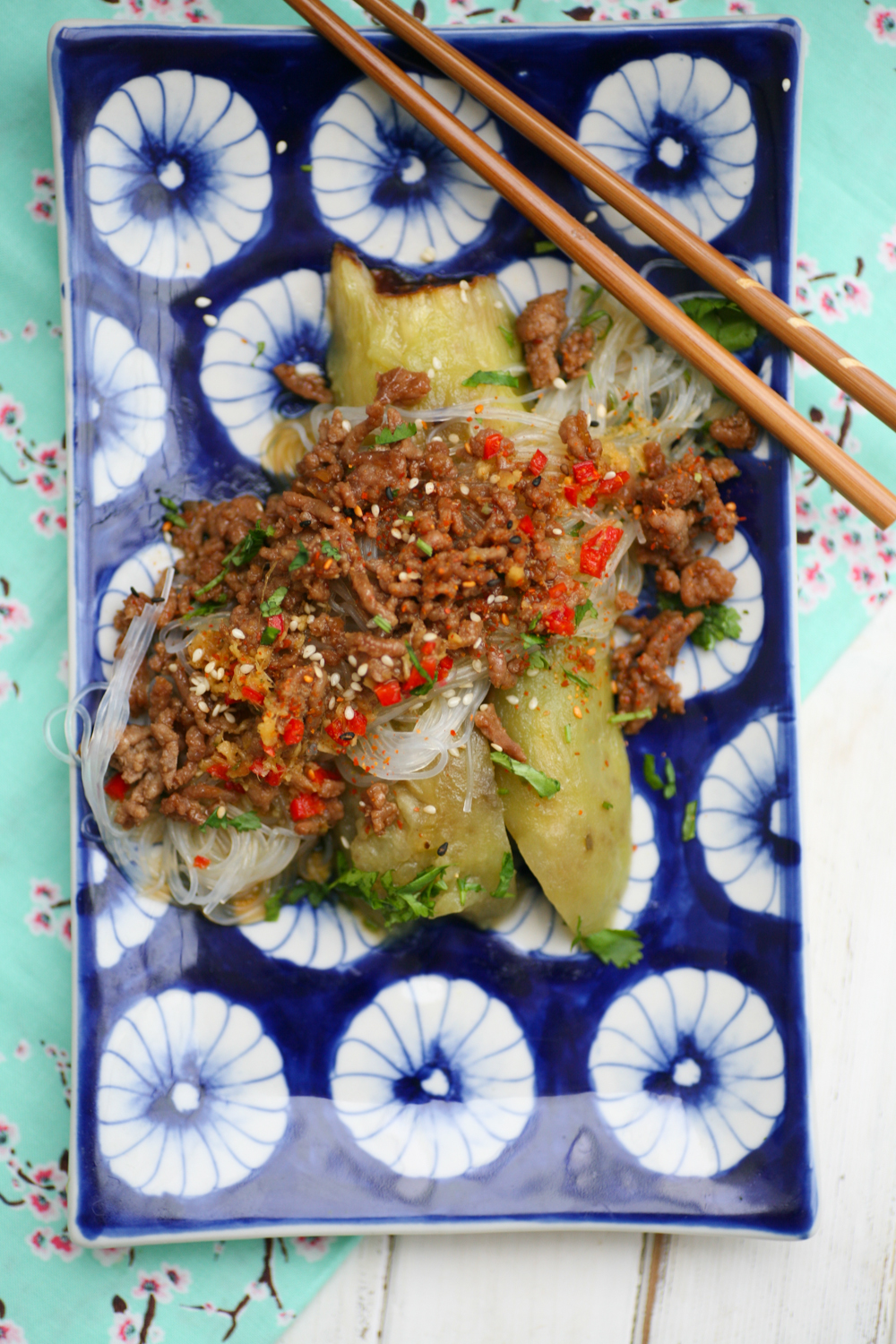 Which brings us to the book itself. To say that it is a feast for the eyes as well as the belly is a massive understatement. It’s colourful, bold and exciting.  It’s the type of book that is perfect for confident homecooks or for those who like to be pushed in their abilities. I recall some people grumbling over the ingredients lists of the hallowed books from the Ottolenghi empire, but for me this was a revelation and not something that phased me in the slightest. Luiz’s book must be treated with the same respect. Yes, it requires a bit of thought and forward planning, but with the help of some wonderful Oriental supermarkets in the UK and online, it is not too difficult to create the dishes. Luiz even lists a ‘directory of suppliers’ in the back of the book to help you if you are unsure where to buy certain ingredients. He also lists all the ingredients you may be unfamiliar with and gives an overview about each one. 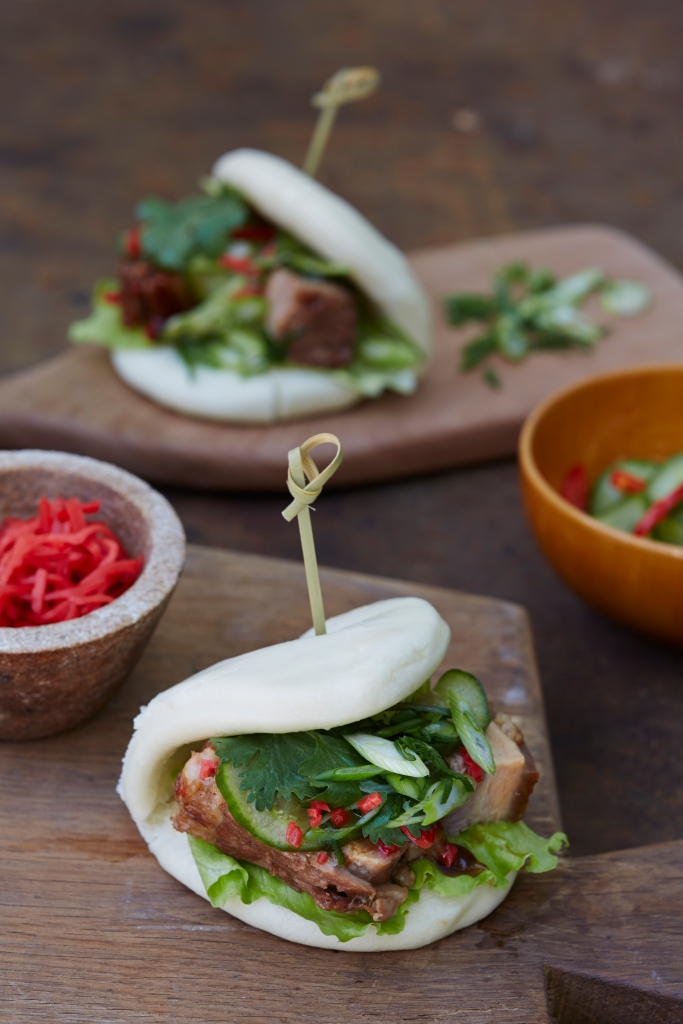 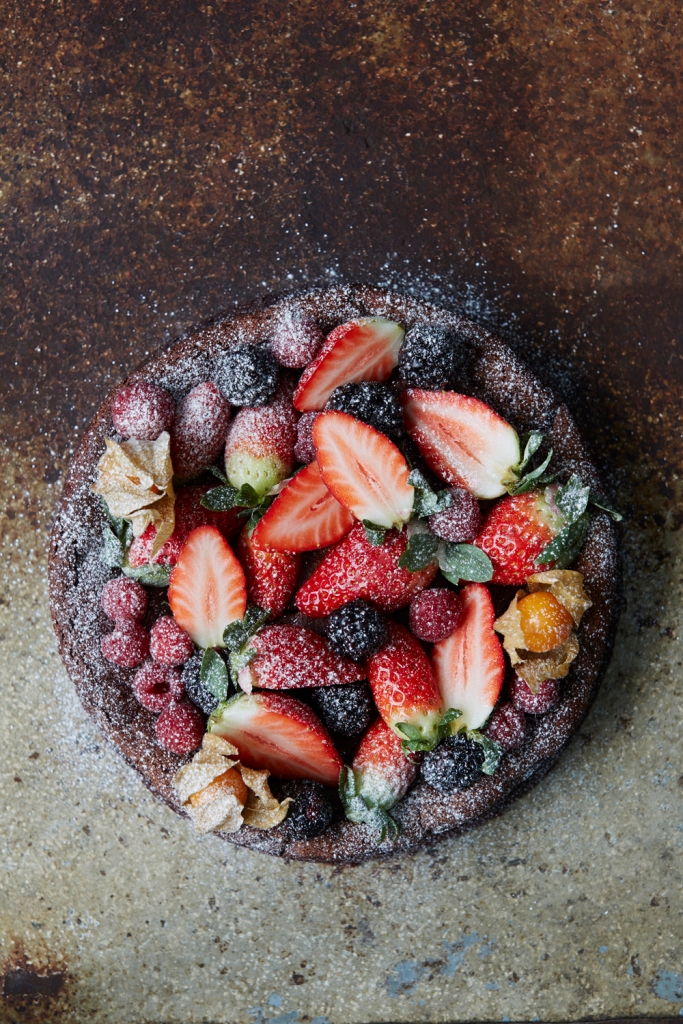 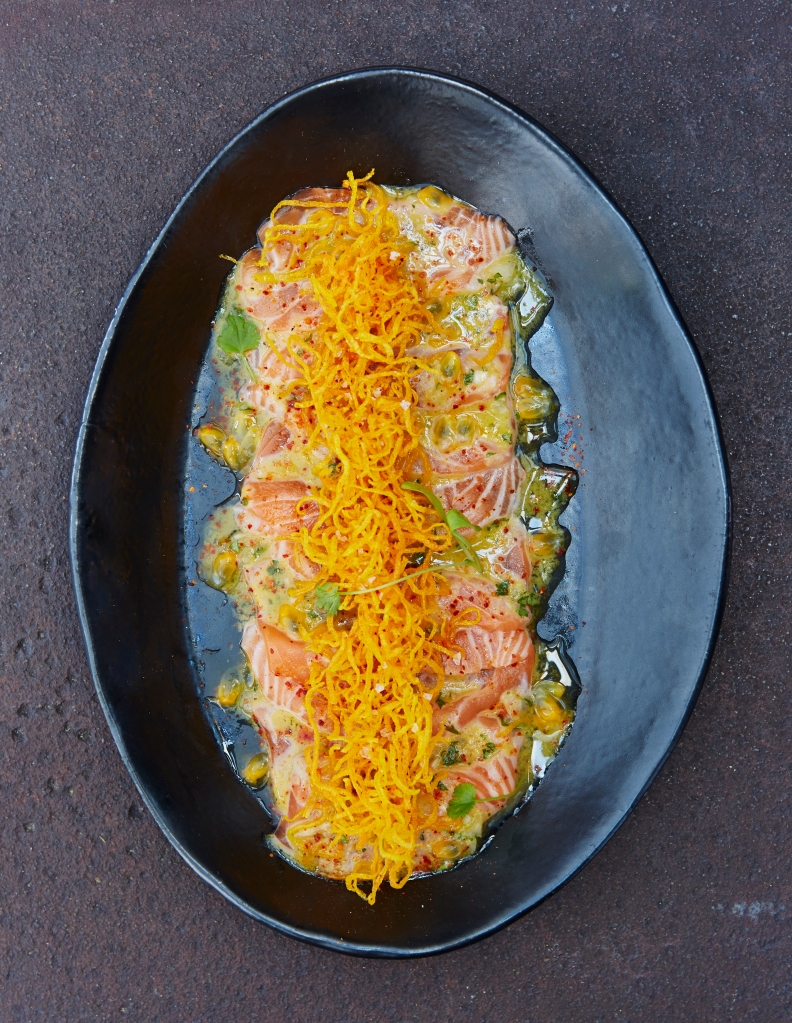 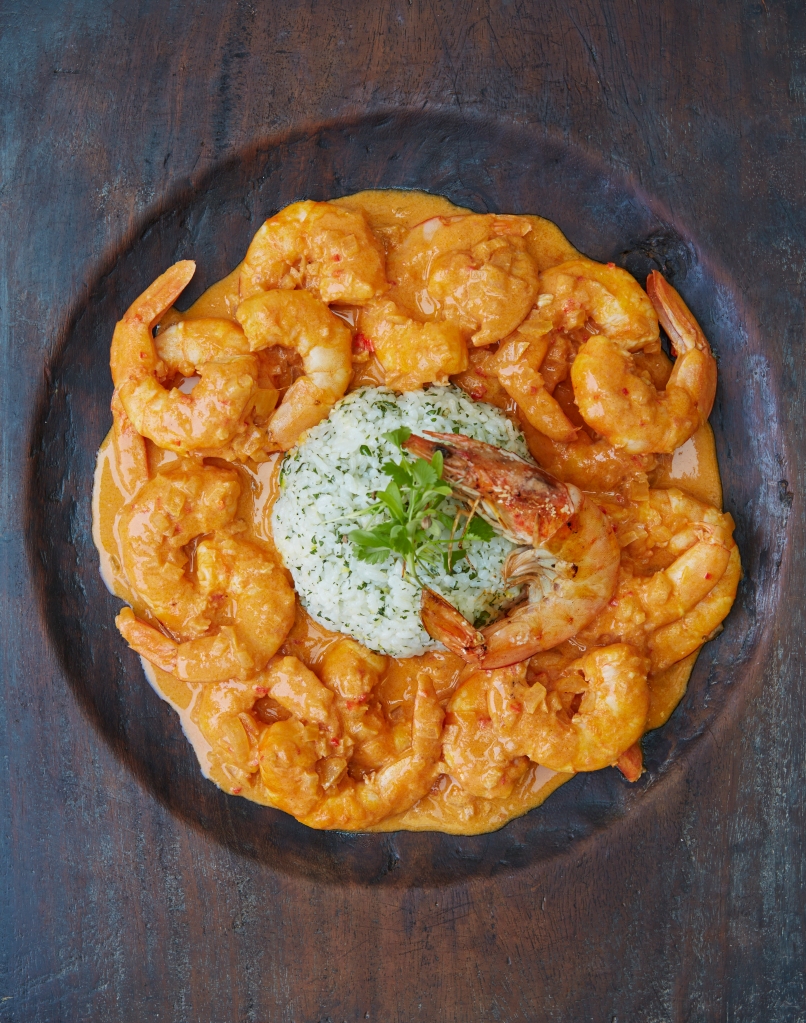 The sound of the dishes coupled with the stunning photographs in the book (see above photos) really inspire you to try cooking these yourself. How about duck breast robata with pickled pearl onions and sancho pepper vinaigrette or salmon and passion fruit tiradito with crispy butternut squash and espelette pepper or Nikkei hotpot of pork belly, cod and seafood? Mouthwatering hey. Word of warning, never read this book if you are feeling hungry as it will make matters a whole lot worse believe me.

I decided to trial one of his recipes. Deciding which to go for was a hard job as they all looked so good. In the end I chose the ‘Aubergine, Pork and Rice Noodle Salad’ as most of the ingredients I had in my kitchen – I’m also partial to little pork mince from time to time. I kept pretty to close to his recipe with the few alterations being:

The recipe was really very straightforward and I would most definitely cook it again. Flavoursome, with great balances of salty and sweet with only a hint of chilli.

a sprinkle of shichimi pepper

Luiz suggests eating it at room temperature, which I did. All the elements of the dish can be prepared in advance, which is always a bonus if you are entertaining.

Please don’t be put off by the lengthy ingredient list. From start to finish this dish will not take longer to prepare than 30 minutes. It really is very tasty indeed. 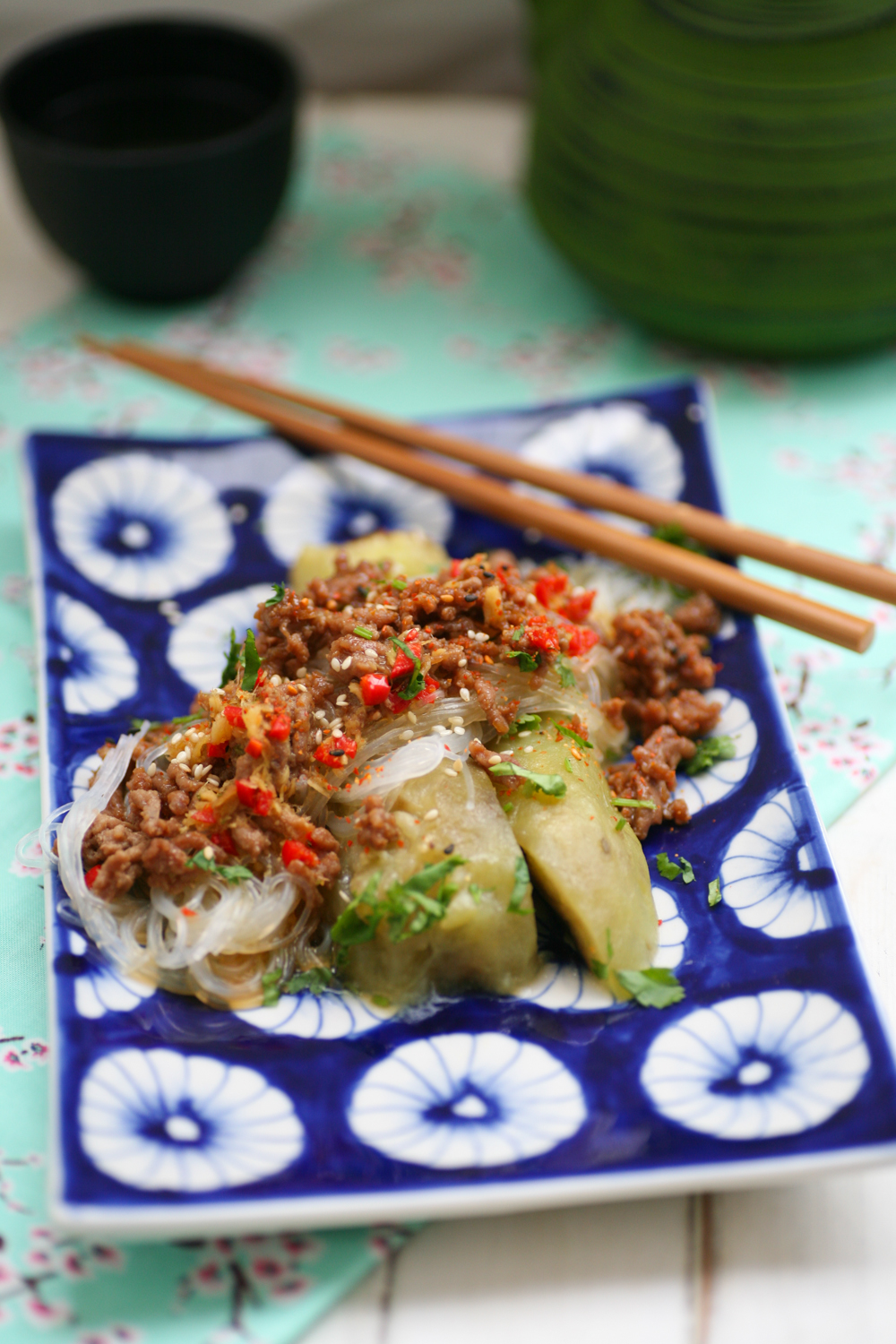