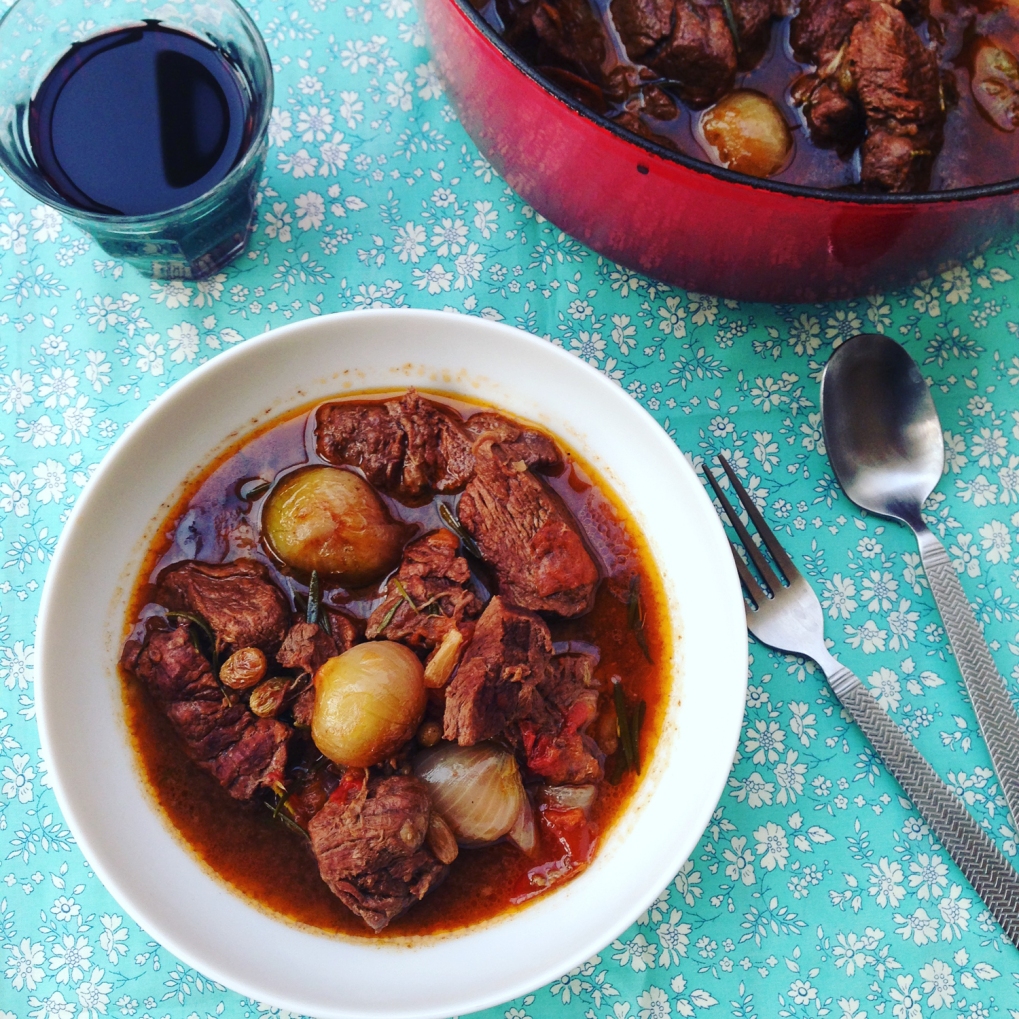 Continuing from lasts week’s post where I told you all about the book ‘Broth’ by Vicki Edgson and Heather Thomas and then made a fusion of their classic beef bone broth and rich bone marrow broth I wanted to show you a recipe from their book that used the broth as the foundation to another dish. There were so many options from ‘gulyas’ to ‘osso bucco with gremolata’ to ‘Chinese braised oxtail’ making the decision on what to cook really hard. In the end I opted for ‘stifado’.

It was a stew that was very similar to ones that I had eaten as a child at my maternal grandmothers, but this version was Greek and had some interesting twists that appealed to me. I liked the fact that cinnamon, allspice berries and raisins were added alongside rosemary, bay leaf and shallots. The beef broth that I had laboured over the few days previously also made the dish somewhat delicious. I also found that there was lots of broth left to freeze and use in the future. Result.

In Greece, Stifado is eaten all year round and is, according to Edgson and Thomas, often a permanent fixture on the menu of most tavernas. It is often made with rabbit or veal, but since we now have rabbits as pets, rabbit on the menu at home has become strictly off limits (understandably) and I wanted to follow the recipe that was in ‘Broth’. I loved the fact that other than a brief amount of cooking on the hob, the rest can be slow cooked in the oven, freeing me up to get on with other things.

The result was a really hearty and delicious stew, where the meat was tender and flaking and the sauce rich and delicately spiced from the herbs and spices. I chose to accompany the dish with Italian orzo, which is similar, albeit slightly larger, to rice in appearance, and found in Puglia in southern Italy. Equally a crusty loaf would work well with this dish, allowing for lots of dunking of the delicious juices. 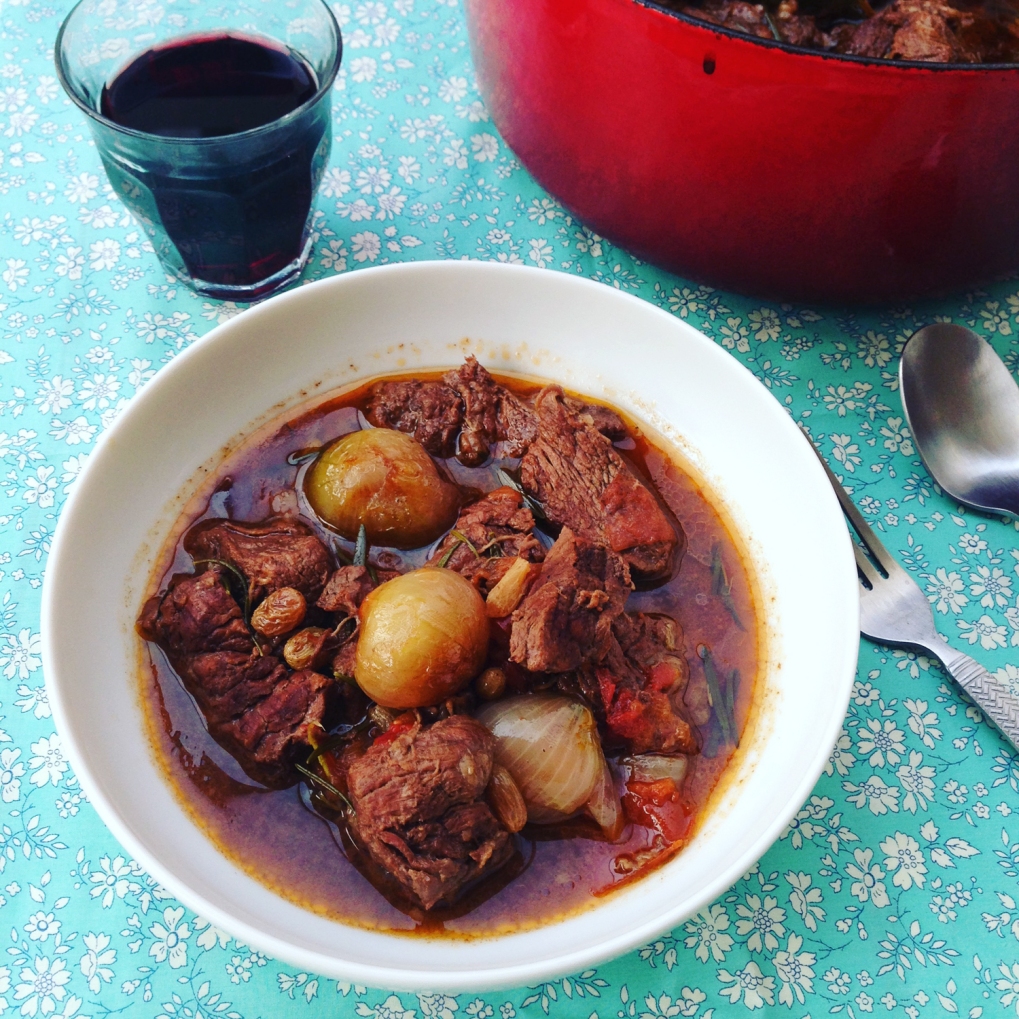 Adapted from ‘Broth by Vicki Edgson and Heather Thomas, published by Jacqui Small’

Edgerson and Thomas suggest serving with orzo pasta, which is a great idea. All in all it makes for a really wonderful, hearty dish that feeds the whole family.