Cauliflower has gained a bit of a renaissance in the last few years. Personally I love it and feel that it is a hugely versatile, tasty and nutritious vegetable to include in your diet. A few years ago I posted recipes for sweet piccalilli and cauliflower curry which are both delicious and straightforward to prepare.

Recently when I was in LA I was admiring a ‘salad’ and got chatting to the chef on how he prepared it. I noted it down in my head and have since prepared back to the UK.  It’s a hit folks, seriously it tastes SO good and takes no time to whip together.

It is perfect eaten on it’s own or with another salad or perhaps with lamb, chicken or even fish. It’s a great little recipe to have in your arsenal. Give it a go and let me know what you think. I think you’ll find it will be a keeper.

Serve 2-4 (depending on the size of your cauliflower)

1 tsp of cumin seeds, toasted and then ground 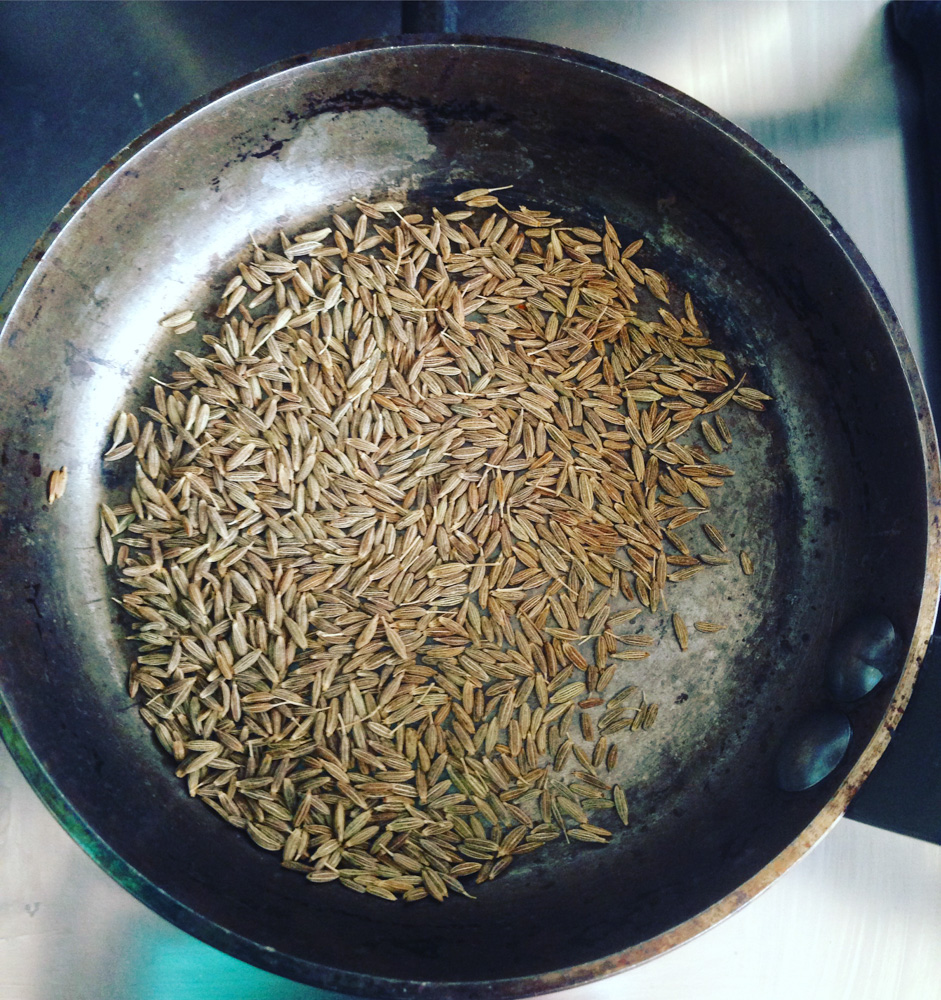