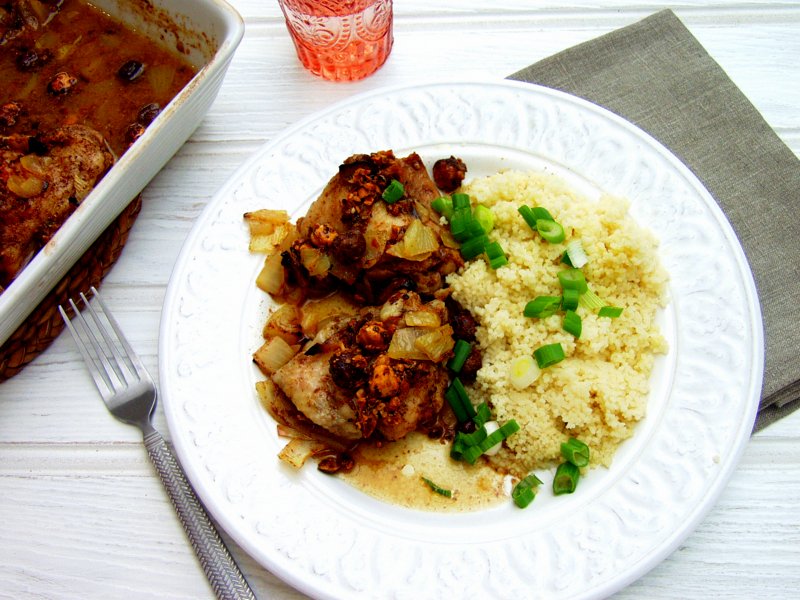 Foodies in London will be very familiar with the names Yotam Ottolenghi and Sami Tamimi who first set up the successful deli/bakery/patisserie cum restaurant  called ‘Ottolenghi’ back in 2002 in Notting Hill.  Their passion and flair for cooking was evident from the start and their venture soon became a food lovers magnet, in particular I remember the mounds of mouth watering salads piled high on large dishes for you to help yourself to. We are not talking about a few lettuce leaves with tomatoes and cucumbers thrown in. Oooooooooh no, their salads were, and in fact still are, on a whole different playing field. They are the most imaginative and more-ish that you will come across, to the extent that it is actually hard to decide which to tuck into. Decisions, decisions!

In 2010 Yotam published a book dedicated to vegetarian food called ‘Plenty’ and a number of his salads were put into the book. It’s beautifully put together and I am convinced it would persuade even the most carnivorous amongst you to try some of the recipes. He has in many respects made vegetarian food, and indeed salads, look sexy.

Today they now have four delis as well as launching a very successful restaurant called, Nopi.  Basically they are on a roll and London cannot get enough of their talents. That is not to say that Yotam and Sami only cook vegetarian food, far from it. Their cooking is heavily influenced from their childhoods in Israel and their style of cooking definitely has a Mediterranean edge to it, with wonderful meat and fish dishes to whet the appetite.  They cook all the kind of dishes that I am attracted to – basically ones that are full of bold flavours, which they describe rather endearingly as the ‘noisy’ flavours: ‘lemon, pomegranate, garlic and chilli’. The other cookbook, which is a definite must for those who like their style of honest cooking, is ‘Ottolenghi, The Cookbook‘. They also have a new book,  ‘Jerusalem’, in the wings, launching later this year, which I am looking forward to buying.

It was from Ottolenghi, The Cookbook that I discovered ‘Roast chicken with saffron, hazelnuts and honey’. I was immediately attracted to the recipe as it had a wonderful range of interesting ingredients – in particular I like the fact that it had ginger, cinnamon, saffron, lemon, hazelnuts, honey and rosewater. I had never cooked with rosewater until I started cooking this recipe; I love the fragrance  and subtleness that it brings to the dish.  The  exotic smells coming from the oven takes me back to happy times exploring Morocco and the Atlas mountains.

Sourced from Ottolenghi, The Cookbook

10 chicken thighs (or a combination of wing, leg and thighs)

1. Trim the fat of the chicken thighs and then mix in a bowl with the chopped onions, olive oil, ginger, cinnamon, saffron, lemon juice, water, pepper and salt. Leave to marinate in the fridge for over an hour –  or overnight if you are really well organised. I wasn’t so left it in the fridge for a couple of hours!

3. Roughly chop the roasted hazelnuts – I give them a quick wizz with my hand blender and set aside.

4. Place the chicken, skin side up, in an ovenproof dish/roasting tray in the oven with the onions and juice surrounding it and leave to cook for 35 minutes.

5. In a new bowl mix the honey, rosewater and nuts to create a rough paste. When the 35 minutes cooking time for the chicken is up, spread the paste over the chicken and place back in the oven for another 10 minutes, until the chicken is golden brown.

6. Whilst the chicken is cooking for the final 10 minutes, put on the rice/or prepare the cous cous.

7. Serve the chicken with either rice or cous cous and garnish with spring onions – I preferred to do this over the cous cous. There will be plenty of sauce full of deliciousness to serve over the chicken. 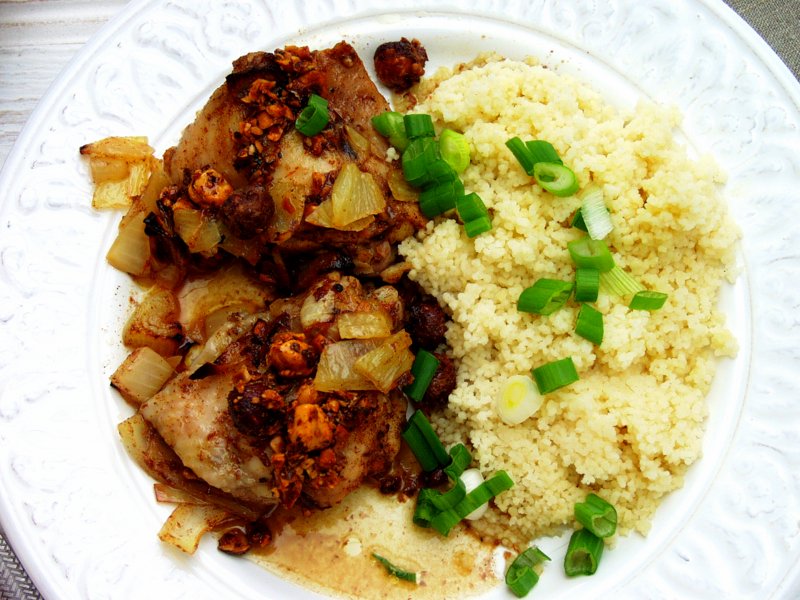 One thought on “Ottolenghi’s Roast Chicken with Saffron, Hazelnuts and Honey”